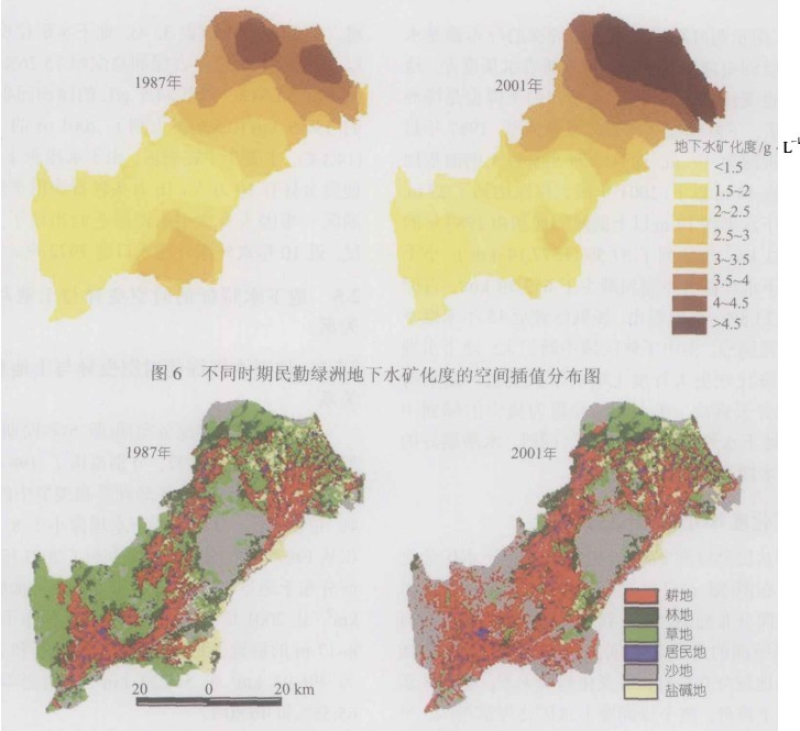 The project of ecological security evaluation and landscape planning in the inner flow area of hexi corridor belongs to the major research plan of "environment and ecological science in western China" of the national natural science foundation, led by researcher xiao duning of the institute of cold and dry environment and engineering, Chinese academy of sciences. The project runs from Jan. 2002 to Dec. 2004.

The data is stored in Excel format and includes both tubular and well 2002 soil moisture survey data.

It contains the statistics of water and soil conservation in the regions of ganzhou district, gaotai district, linze county, minle county, shandan county, sunan county and zhangye city in zhangye region (stored in Excel format) and the planning report of each region (stored in Word format).

It includes the scan of 1:50000 water resource distribution map of jinchang city in 1997, the average decline degree of groundwater level in qinghe and jinchuan irrigation areas in jinchang city from 81 to 2000, the statistical table of annual groundwater supply in 1986, 1995 and 2001, and the survey and evaluation report of cultivated land reserve resources in jinchang city.

Zoning map of soil improvement and utilization in wuwei area

It is the scanning copy of the soil and water conservation supervision, prevention and control plan of 1994 in yongchang county at 1:20000.

It consists of four jpeg images, a 1:250,000 general scanning map of yumen's water resources development and utilization in 2002, and three high-resolution sub-maps.

Is the annual runoff data of dang river, shule river and harten river from 1950 to 2002.

The data are the upstream inflow data of yuanyang pond reservoir from 1959 to 2001.

3.The leaf water potential dataset in the downstream of the Heihe River Basin (2012)

7.Datasets for the SWAT model in Heihe Rriver Basin

10.HiWATER: Dataset of soil freeze/thaw experiment observed in the middle reaches of the Heihe River Basin from Nov. 24 to Nov. 25, 2013